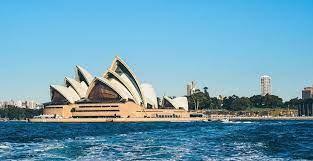 Australia is a more “magical” place. Although its 43 institutions are not ranked high in the world, they are very popular internationally.

It should be noted that Australia’s education system and application process are different from other English-speaking countries. For this reason, this Australian school selection guide is written to help student who plan to apply for universities in Australia.

Australian universities are mainly concentrated on the east coast, with 21 institutions in Brisbane, Sydney, Canberra and cities in Queensland and New South Wales.

Generally speaking, basically every state or territory has at least 1 university.

If you go to Australia to study abroad, the most important thing is the academic experience, the Australian Group of Eight is a good choice for you.

In Australia, students can choose a single or double degree, or a combination of arts and sciences, arts and law, or business and engineering. It usually takes three years to earn an undergraduate degree, but it can take longer for comprehensive courses and some specific subjects. To get more details about the courses in Australia, you can check via their official websites or Course Finder.

International students can choose to start their studies from February to June (semester 1) or from July to October (semester 2), just like native Australian students.

If you want to enrol in the first semester from February to June, your application must be submitted no later than December.

If you want to start the second semester from July to October, the submission date should not be later than May.

To study an undergraduate degree in Australia, the annual tuition fee is expected to be between AUD 15,000 to AUD 33,000. But this cost doesn’t necessarily have to be fully covered by yourself, as there are plenty of Australian Government scholarships and funding opportunities directly from universities that can ease some of the financial burden.

In particular, Australian scholarships are only available to international students from Asia, Africa, the Middle East and the Pacific.

That is to say, from now on, students who graduate in regional areas of Australia will have the opportunity to renew the 485 visa for an additional 1-2 years.

It should be noted that the latest planning for regional areas in Australia is: all of Australia except Sydney, Melbourne, and Brisbane are remote areas. Regional areas are not defined by urban infrastructure or economic development, but by the local birth rate.

Significance of PMP Certification in Boston

What Are the Benefits of Hiring History Book...